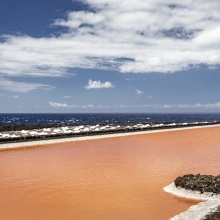 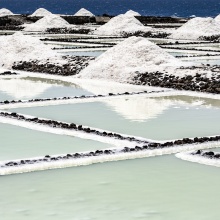 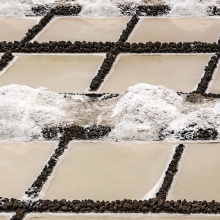 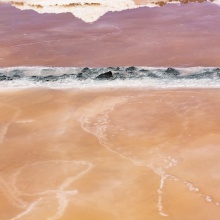 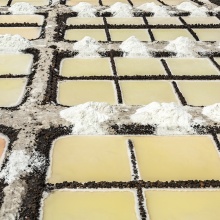 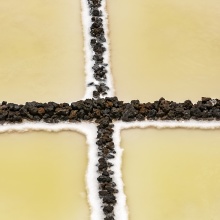 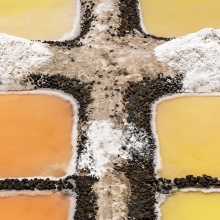 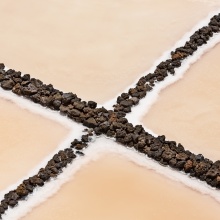 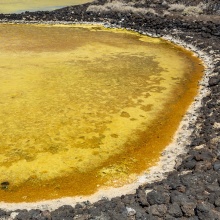 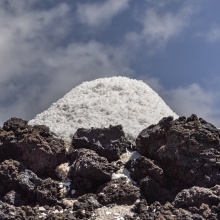 The journeys of the scorched earth.

Sea SALT is produced after a long and endless journey through water.

During thousands of years traveling through distant lands, the Phoenicians, Greeks and Romans already valued the importance of SALT. The Romans paid their public officers with SALT, hence the Latin roots of the current term "salary". Aristotle called it "scorched earth", since 4 of the natural elements were involved in its creation: Water for its formation, Earth as impermeable soil retained it, Fire in the heat of the sun and Air to help evaporation.

Sea water, with its wavy movement, has worn away all the minerals and stones that exist on the planet throughout millions of years. These are now found suspended in its surface. When evaporating in the SALT evaporation pond’s, the water leaves in these salt crystals the highest concentration of natural minerals that exist. This makes salt, the only rock edible for men, the best food nature has created.

SALT gives us that infinite journey through the seas where Ulysses navigated, travelling through millenary cultures, unexplored lands and exotic and strange landscapes. SALT transforms the environment and creates a lunar landscape full of contrasts. In the ponds where the seawater rests, life thrives. Micro-organisms grow depending on the degree of salinity and tint the water in different colours: reds, yellows, blues, pinks... As the water evaporates and the salinity increases, the rich biodiversity decreases.

At the end of the process, the water's path finishes transforming into salt crystals.

A magical place
In 1971  the power of nature could not resist the beauty of a spot created by man. The lava flows of the Teneguia Volcano streamed downhill burning everything in their path. But the left arm of the lava stream, just before reaching the newly built salt pans, began to slow down and stopped suddenly at  only 200 m. away due to  the flatness of the land or maybe for some other mysterious reason.
In 2021 after 91 days of eruption of the Cumbre Vieja Volcano at the island , the salt flats  have been saved again being only dyed with black ashes.
Salinas de Fuencaliente La Palma, Spain. (Area of Scientific Interest and Biosphere Reserve)